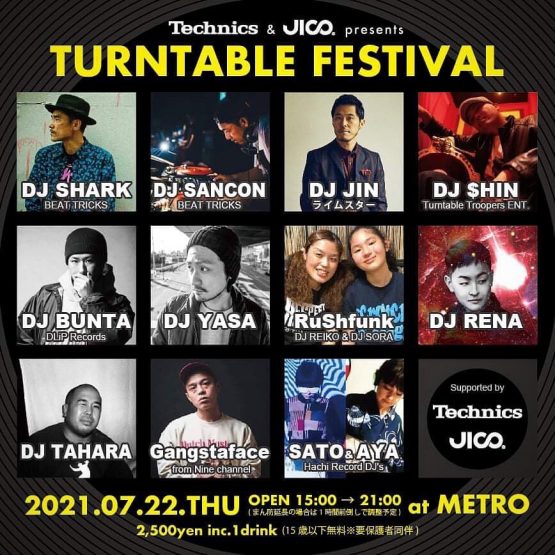 In commemoration of the launch of the World’s Best turntable,the new series Technics SL-1200, and JICO‘s new MM J44 Cartridge, an Analog Record-Only event “TURNTABLE FESTIVAL” was held at the oldest and most established club in Japan, Kyoto Club METRO, on July 22nd!

Here’s the scoop on what went down at this unforgettable event!

Let’s start with the featured performances.
Every DJ at this event only played records, true analog music.
The impact of this event was so significant that we can expect to see more analog DJs moving forward in using our J44 Cartridges in the future!👀

DJ REIKO and DJ SORA, the world’s only Mother-Daughter unit RuShfunk in the DJ scene, brought the venue to its feet with their non-stop Beat Juggling routines！ 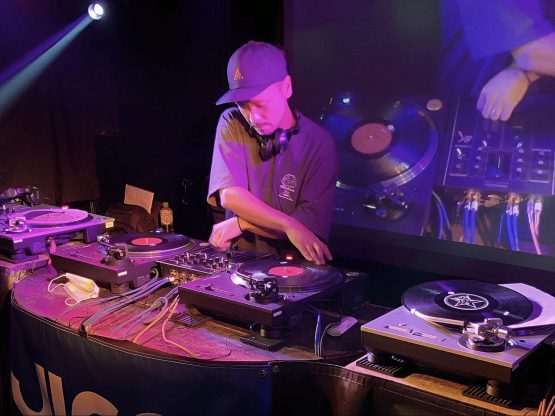 DJ YASA‘s performance with his astonishing scratching techniques and creative record manipulation on the decks was more than enough to be expected by the World-Class DJ. A magnificent straight fire set that will not be forgotten.

The most anticipated moment is when 2017 DMC World Champion DJ RENA performed his first Vinyl Only DJ Performance. Beat Juggling record after record and ending the performance with his scratching techniques. It was a great showcase using the J44 cartridge with his own personal adjustments using a 5 yen coin to each of the J44s.

Check out DJ RENA’s Showcase on our YouTube page with the link below↓
https://youtu.be/LqTPCtug9sQ 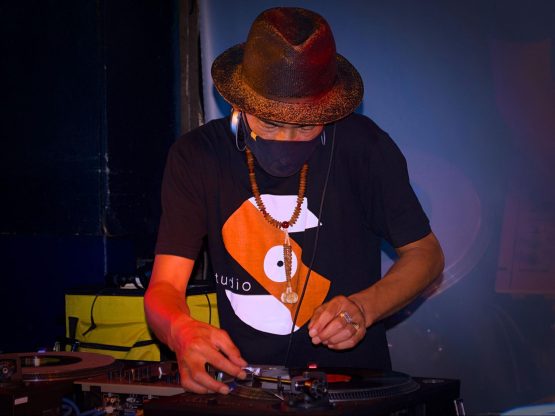 DJ SHARK controlled the event with his knowledge of the 90’s HIP HOP/Boombap era record collection, getting the audience excited with his dynamic skillful DJ techniques going from each record that was played! Kyoto’s master of the 1 and 2s provided the event a true DJing experience. 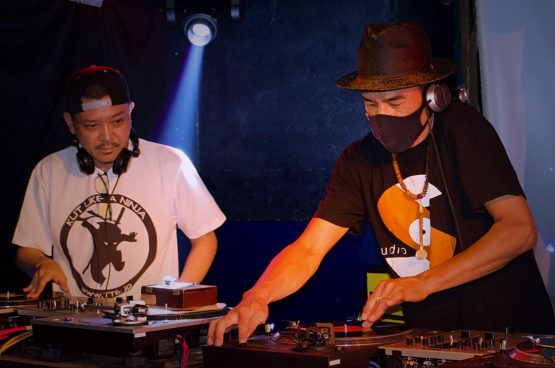 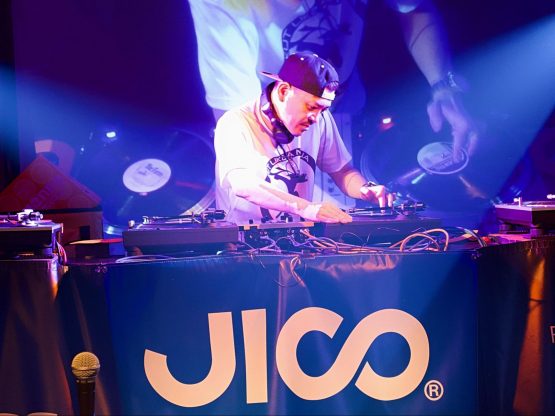 DJ $HIN also jumped in the action scratching alongside DJ SHARK to provide more excitement to the performance set on stage.

The last of the featured performances was made by DJ JIN of the legendary Japanese HIP HOP group “RHYMESTER“!!! Japanese HIP HOP selection was the main choice of his set with a  RHYMSTER B-BOYism style in the works, the venue went wild! It was a masterpiece at play! 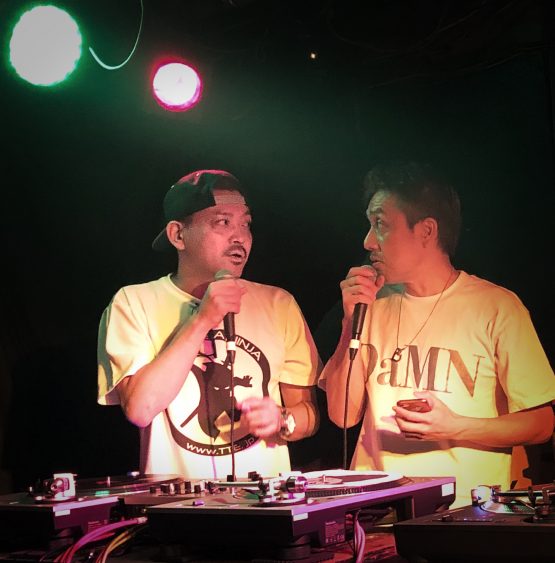 The venue was filled with laughter due to the good tempo of controlling the mic from DJ $HIN and DJ SANCON. 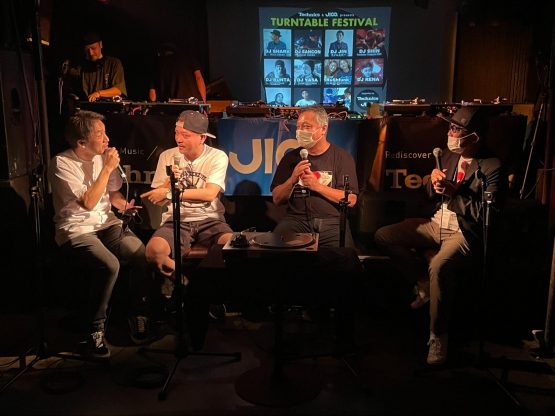 During the “TALK TIME” Session
The president of JICO discussed the secret story behind the production of the new MM J44 Cartridge series and the background sequences to its creation and development.

View the “TALK TIME” Session at the YouTube link below ↓
https://www.youtube.com/watch?v=Fd4UgyhEmcU

This very delicious and original burger is completely handmade by DJ SHARK’s wife. From the buns to the big DASHI-MAKI (Japanese rolled omelet made with eggs and soup broth), a flavorful meal that you could only eat in Kyoto.

And then there was the Technics x JICO Gatcha Gatcha machine、

The first 100 visitors had the chance to try the special Gatcha Gatcha machine to obtain one of several highly detailed Technics Miniatures or have the lucky chance to win an autographed poster from all the featured DJs from the “Turntable Festival”, JICO J44 Cartridges or JICO original T-shirts! There was also one autographed JICO T-Shirt prize that was signed by all the DJs. 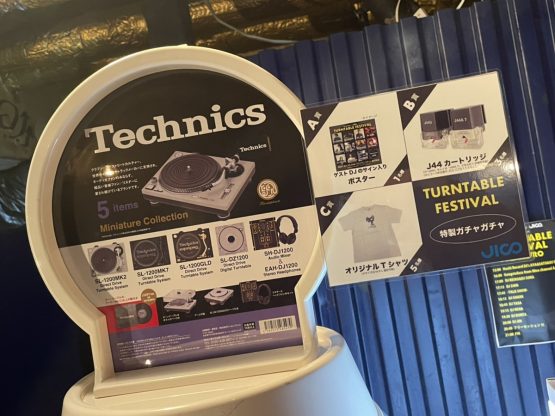 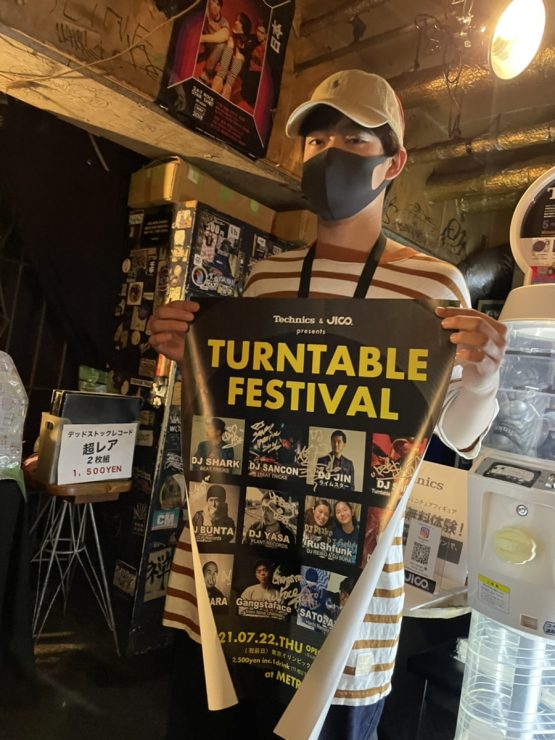 Congratulations to a student from a DJ School instructed by DJ $HIN that was the lucky winner of the autographed poster. 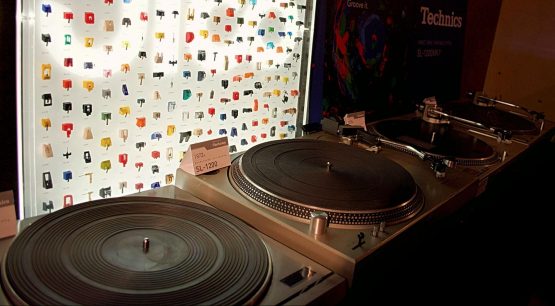 And in the back, there were a lot of Technics turntables on display! The whole history of the Technics legacy up to the current model, the SL-1200MK7! Anyone at the venue also could test the MK7s. 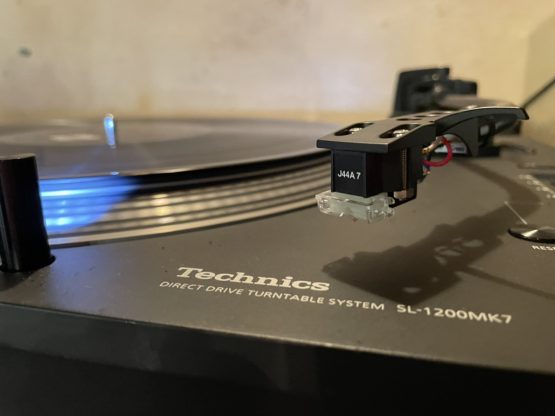 Our J44 cartridges and needles were also attached to the MK7s, so everyone at the event could try out the J44s and enjoy scratching with vinyl records freely. 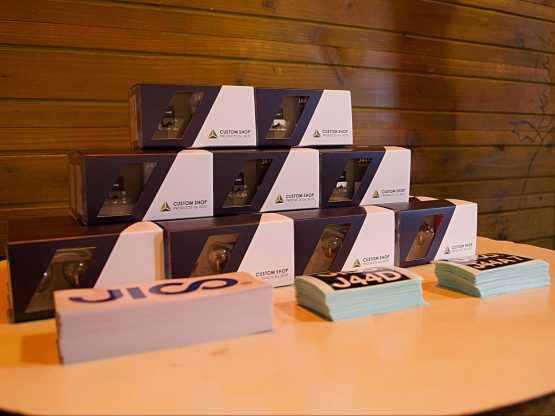 We also displayed many of our J44 Cartridges and Needles for all the DJs and Record Enthusiasts that came to the event. 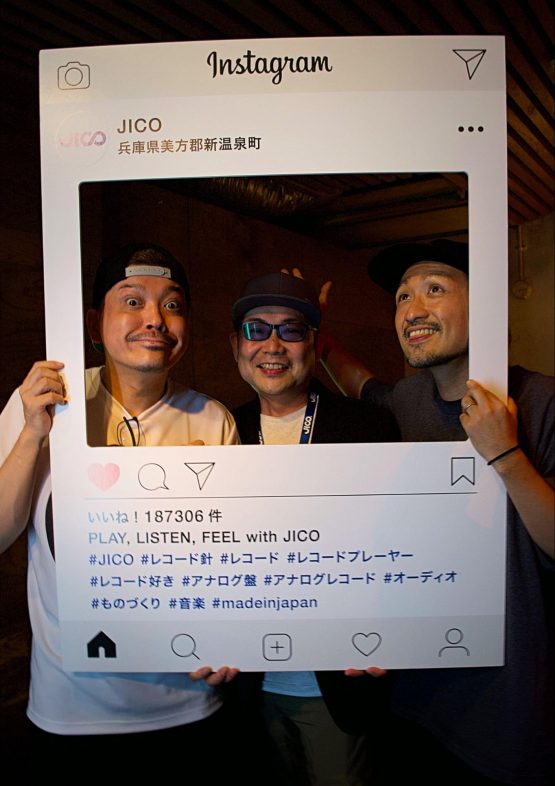 An Instagram Poster Board was made for everyone to have fun and take pictures for their Instagram page.

Be sure to be on the lookout for this Instagram Poster Board at future JICO events to take pictures for your social media account and memorable event experience.

Even despite the current conditions with the Coronavirus, Club METRO took all precautions for safety with the ventilation and disinfection at the club to protect all who have arrived to enjoy this event. Overall, it was a unforgettable and very successful event with the DJ performance by many famous DJs, informative “TALK TIME” session about JICO and the J44s, original delicious DASHI-MAKI Burgers, amazing prizes from the Gatcha-Gatcha machine, trying out the JICO J44 Cartridges and Needles on a Technics MK7 turntable and connecting with the people who love the experience of analog, from listening to music to controlling a record by DJing. This was a historical night to remember for the return and comeback of Analog Records, Record Needles and Turntables for 2021. Thank you Kyoto!